Sometimes poor condition matters little, as when the content of the photograph is so wonderful that I would buy it no matter how damaged it were.  But here are a few examples of images that I think are enhanced and/or made more evocative by their poor condition. These were very inexpensive and are among my favorites. 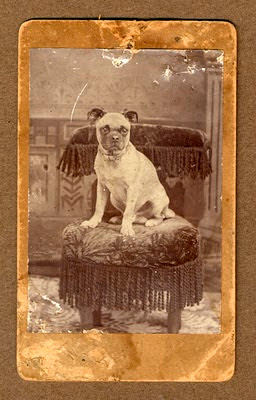 1.  How much was this dog loved?  Judging by the condition of this CDV, he was very precious to someone.  Solo CDVs of pets are hard to find and are usually in pretty good condition, having been kept in a family album for many years.  You can tell by the grime and wear on this one, and by the five (!) tack holes at the top, that it was handled a great deal and also displayed on the wall, indeed several different walls, over time. 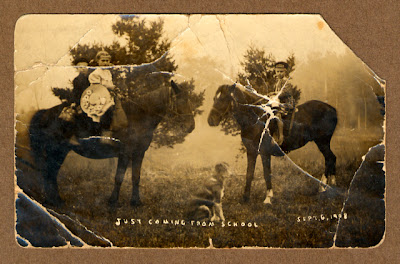 2.  Covered now with lines and creases – this real-photo postcard (RPPC) is more than a hundred years old, and it shows its age. Damaged, it’s far more poignant to me than if it were in mint condition.  I wonder which child’s family handed the postcard down -- and why the last relative to own it let it go. 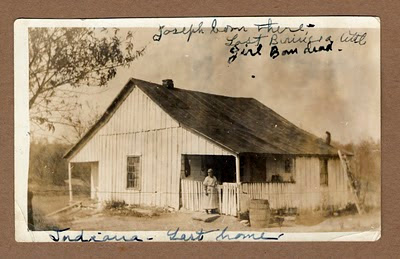 3.  Without the inscription, this tiny snapshot would still be a desirable image of a crudely constructed cabin, with many interesting details – the slanted board leading up to the porch, the rain barrel, the ladder, the fenced area, the roof vent, and the pensive woman. I would have bought it anyway – I think it cost a dime.  But it’s the writing on it that makes it heartbreaking. 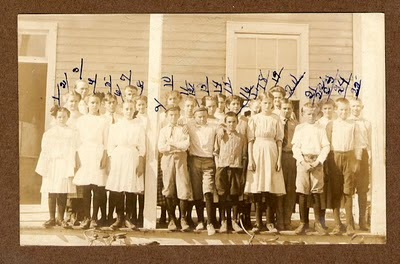 4.  Here’s a real-photo postcard with writing on it.  Without the numbering, it would be a typical school class photo, neither well composed nor expertly exposed. But with the numbering, to someone it was clearly not a class, it was 25 individuals, each with a name, a story, and a personality.  The names are not provided on the back, so at one time there must have been a separate key. 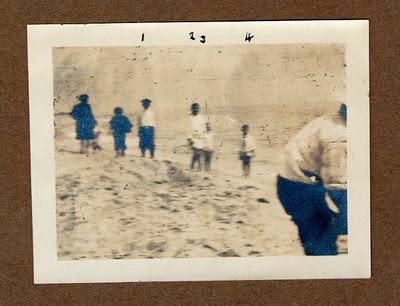 5.  I like the composition of this little snapshot and the impressionistic images of the children on the beach. But what makes it extra special is the four little digits floating up in the margin.  Again, there is no identifying key, but to someone, these four kids are important and the other people in the image are not. 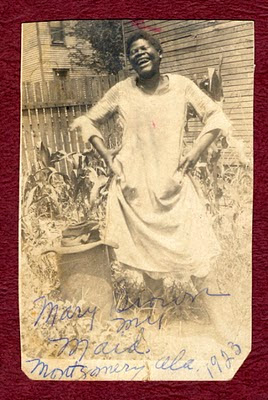 6.  Here’s one I would have bought without the inscription (love her laughing face!), but it’s so much more evocative when we know a little bit about the woman. 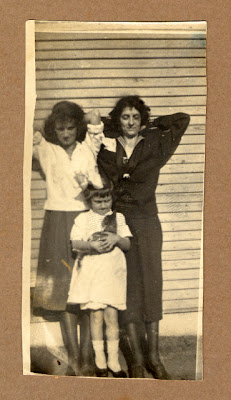 7.  Look at the big greasy fingerprints on this one.   Some working man, or maybe a soldier, must have loved one of these women (or the little girl) very much.  The image is also oddly trimmed, perhaps to fit in a frame. 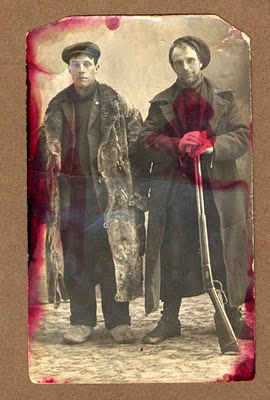 8.  These rustic guys with heavy coats and a gun were already scary, and then someone had an accident with red ink and enhanced the threatening effect.  Blue ink wouldn’t have been nearly as lurid. 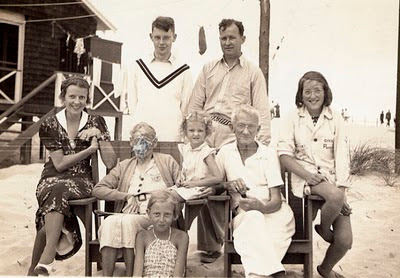 9.  These are members of my family at the beach in 1937.  Someone with a ballpoint pen must have been very, very mad at LuLu.  I had always heard that her strictness was infuriating; enlightening to see it was really true. 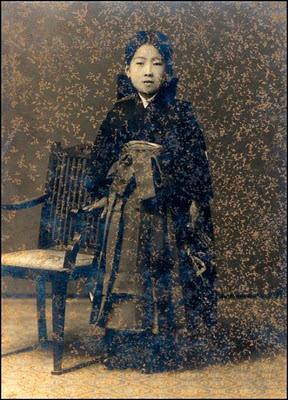 10.  This is a “badly” foxed cabinet photograph. I’ve never seen damage form such a beautiful pattern.  It  looks like an intricate motif for cloth or wallpaper, and in this image, it decorates the wall, the girl, her clothing, the chair, and the floor.  Have any of you seen such a thing before? 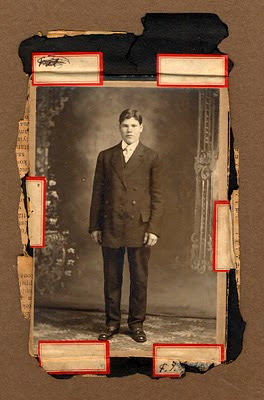 11.  I wouldn’t have given this image a second look if not for the wonderfully crude paste-up job.  Someone who had apparently run out of glue used Dennison labels to affix it to an album page. A newspaper article was stuck to the back of it.  It all makes a great composition. 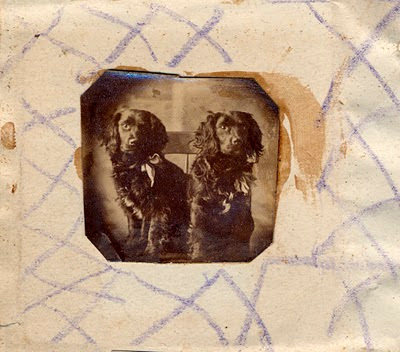 12.  Here’s another detail from an album page. This one was created by a child who decorated with a border of crayoned kisses only certain photographs of people she loved.  These dog twins were thus honored.