Finger in Your Eye: Accidental Snapshots by Barbara Levine 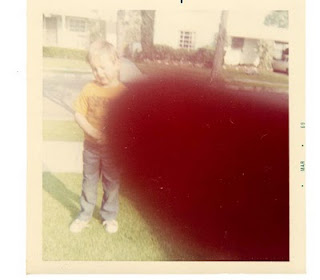 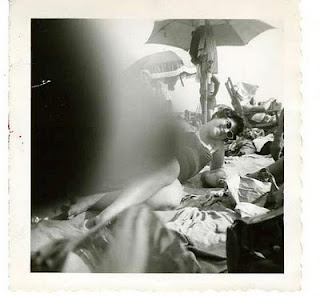 Vernacular snapshot collectors have a fondness for images affectionately termed ‘mistake’ photographs. Also described as light leak, out of focus, blur, ghostly, accidental misfire, camera flash, end of the roll, double exposure or bad cropping photos (to name a few), these snapshots epitomize the discrepancy between the image captured by the camera and the photographer’s intended composition. From a digital perspective as well as our impulse as collectors to categorize and make typologies, vintage snapshots with aberrations are intriguing. I have always been drawn to accidental finger in the camera lens snapshots. We have all done it -  sometime between pressing down the shutter and its closure, our finger(s) slip into the frame resulting in a picture featuring a giant phantom shape (sometimes with manicured nail) hovering over a car or building or appearing to touch the subjects in the photo. 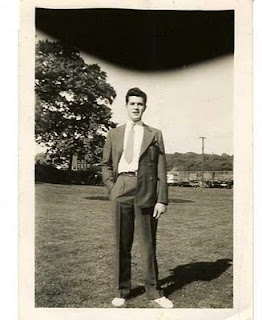 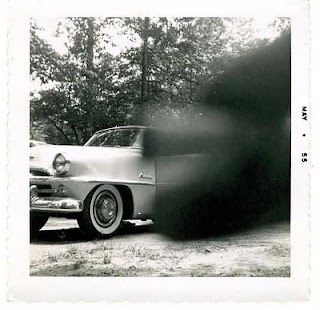 The ‘finger in your eye’ accident (my term of endearment for these snapshots) becomes the subject of the photograph. More importantly, because the fingertip shown in the photo is the photographer’s, we become aware viscerally of the relationship between photographer, subject and camera. We immediately wonder about the photographer and their relationship to the people or things in the picture. The ‘finger in your eye’ images below exemplify the aspect of vernacular photography that is about looking beyond the accidental foibles of the photographer (camera and chemistry included), to find and contextualize vintage snapshots with compelling compositions. For more examples, visit projectb.com and the exhibit “Finger In Your Eye: Accidental Snapshots”. www.projectb.com/gallery/show/5
or click here for more info on Barbara Levine

Posted by Stacy Waldman at 5:56 PM No comments: 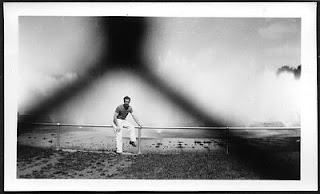 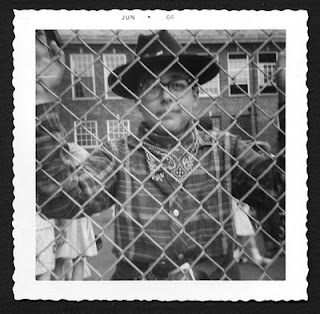 I am fascinated by the concept of how some photo collections are “found” rather than created through the pursuit of the elusive perfect photograph. A case in point is my small collection of photos in which the photographer is taking a picture of something beyond a chain-link fence. I didn’t initially decide to start such a collection. What happened was that I noticed, as I searched through stacks of photos, that there existed this curious device of photographing through a fence. It turned up time and again, but not too frequently to become boring in its endless repetition. Yet it was found often enough that I became intrigued with the notion of collecting such photos to see where it would take me. For all collecting is a journey of some sort. So in a sense these fence photos “found” me; I wasn’t looking for them as I was building my snapshot collection. 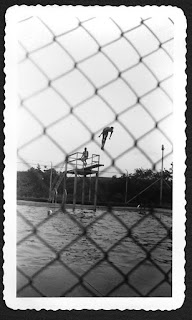 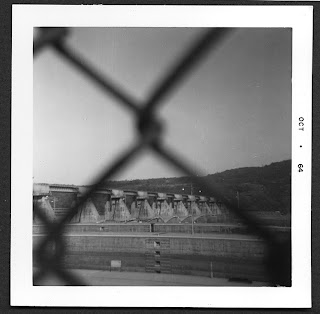 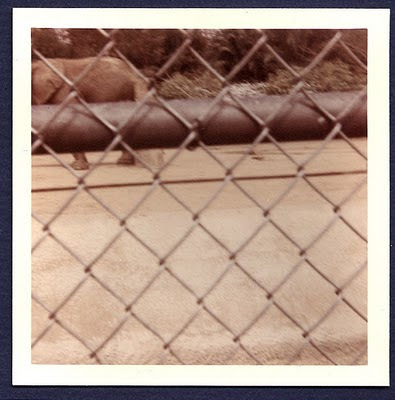 And it is the visual quality of the design the fence formed on the surface of the photo which initially drew me to the genre. Thus I came at these snapshots from a different orientation than the photographer of the photos. In my mind, the fence is the subject of the photo. I am sure the photographer would beg to differ. I don’t really care to try and figure out what actually was being recorded in the photo, since I am not reading the picture in that way. Snapshots functioned for the original owners as a way to create memories; as a tool for the documentation of place and time, to record one’s interaction with family and friends, and to perhaps remember an outing with those individuals. For the snapshot collector, the criteria for purchasing any photo is nearly always about the aesthetics of the singular image. However for this collector, it was also about the multiplicity of fence photos and the typological implication of possessing so many similar, but different, images. I believe it is the sum rather than the parts which is at the root of the collection’s potential appeal. 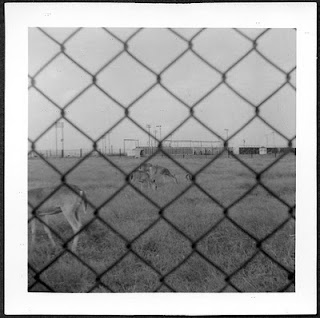 I think all of us snapshot collectors have small collections of photos which are intriguing to us for one reason or another. Perhaps this blog will provide a forum for others to share collections which “found” them.