"PAGEANTS OF MASCULINITY": REAL PHOTO POSTCARDS OF MEN POSING TOGETHER by Bob Young 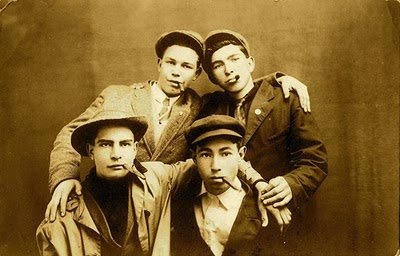 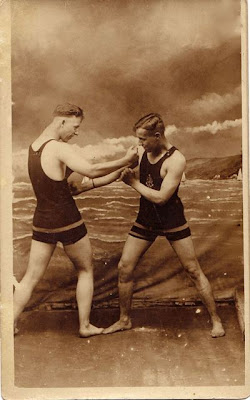 When Stacy asked me to contribute an entry for her blog, I knew I wanted to write something about my collection of vernacular photos of men - in particular, images that American Studies professor John Ibson has categorized as "pageants of masculinity," in his ground-breaking book, Photographing Men: A Century of Male Relationships in Everyday Photography (Smithsonian Institution Press, 2002).
The "pageant" phenomena had its heyday during the 1890s through the early 1900s.  This type of image usually features two or more American men posing together in deliberate displays that either emphasize traditional "masculine" behavior, or playfully defy it (such as, posing in drag).  Masculine-oriented subjects include men drinking, smoking, and gambling (sometimes all three together).  Posing with firearms and pretending to fight or box were also common themes, as was dressing-up in cowboy or Indian attire. 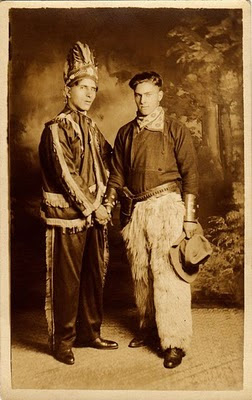 There are probably any number of reasons why photos like this were so popular at the time. Camaraderie and a sense of shared fun are often obviously evident, as is an emphasis on shared masculine pursuits, that were distinct from the sphere of women. Dressing up as the romanticized figure of the cowboy might have signified a subconscious wish to escape the confines of modern life, while dressing as a woman may have been a way of, if only humorously in a photo, to briefly escape the confines of gender conformity. 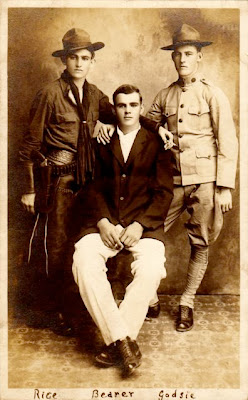 The “pageant” examples I’ve provided for this entry are all real photo postcards from my collection, and date from the first and second decades of the 20th Century. While “pageant” photos are found in other formats, most notably cabinet cards, I am a huge fan of the real photo postcard, and my men photos collection is primarily made up of this type of image. 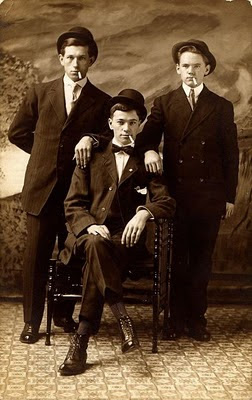 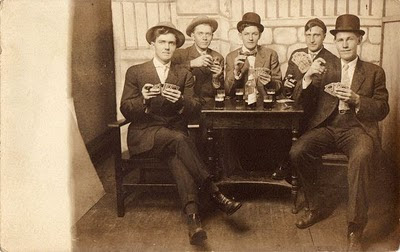 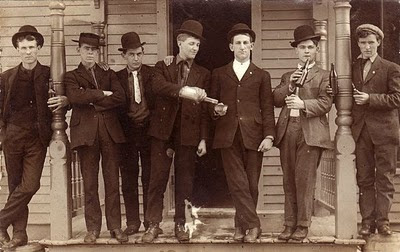 What I love about these photos, is that the men pictured, are putting on a type of visual performance that continues to resonate and communicate something to us about the men and era in which they were taken. 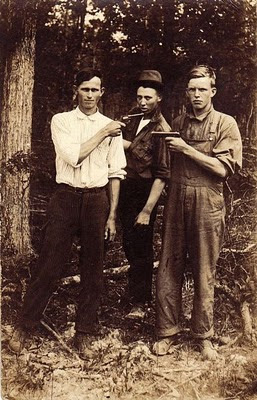